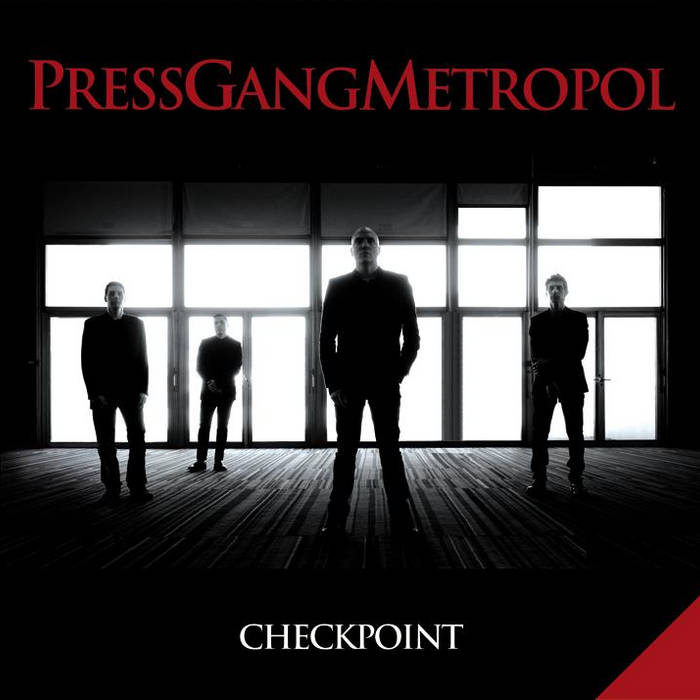 The former members of the most famous french cold band ever (Corpus Delicti) have reunited to create a new band called Press Gang Metropol, "Checkpoint" is their debut album .
Press Gang Metropol finds its inspiration in 80′s new wave (Joy Division, New Order, The Cure, The Sound, Depeche Mode…), and more recent rock/cold wave bands (Interpol, Editors, Nine Inch Nails …). In the 90′s, Sébastien, Christophe and Franck were part of Corpus Delicti, gothic band which had an international fame, played all over the world, from Europe to America, sold thousands of records, and established a huge reputation with an echo even stronger today.
The band, preparing also his first tour, will have the pleasure to play live some highlights of Corpus Delicti.
Here are 13 brilliant new songs including many hits ! This is the new sensation not to be missed !