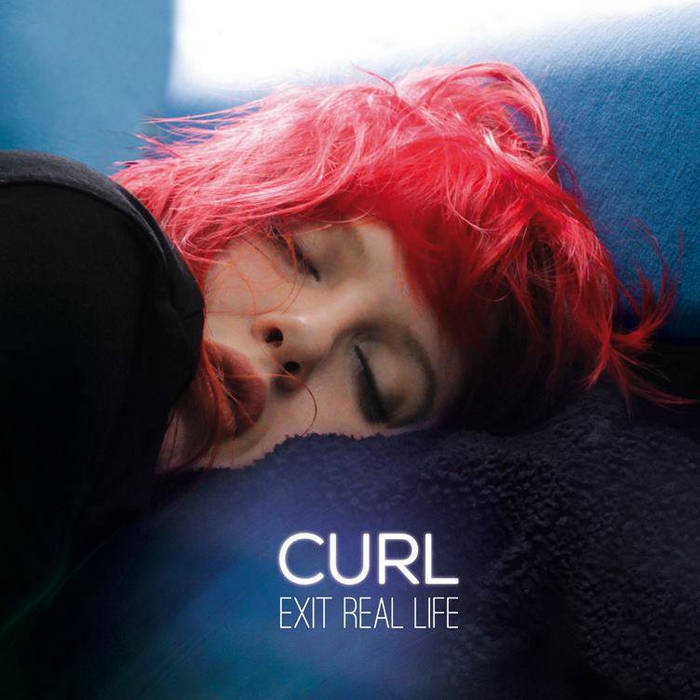 CURL were initially an Electronic project started by French Producer and Guitarist Frank Amendola (of the famous gothic band CORPUS DELICTI) at the start of the Millenium. Albums 'Ultimate Station' and 'Inner' were released (EMI France). CURL has since developed into an international collaboration. From 2009 the music has featured the soaring melodic vocals of English Rose, Hayley Alker, additional guitar from Wil Garcia, bass guitar from Manu Acqualeni and drums from UK Producer Jonny Callender (CRANES, VEX).
Now it is time for the release of the new album 'EXIT REAL LIFE', a new wave, dreamy production that will send the listener through an emotional sonic journey. Angelic combinations of twisting guitar chime, fluttering synthesizers and beastly rhythms are married to Goddess like vocal melodies - intense sonic sculptures for the audio palette.
The 'Award winning' French film documentary 'Les Enfants d'Okeanos' (The Children Of The Sea) features a soundtrack taken from this new album, the film was directed by Fabrice Begotti who has since been filming the new video of the song "Boards" with the group on The Côte D'Azur.
The CD album includes one bonus track that is not available in the digital version !
Curl is a truly international project with the group sharing studio time between Nice and Marseille on the South coast of France and Portsmouth on the South coast of the UK. Psychic Uri Geller was quoted as saying "Lord Admiral Nelson and Napoleon Bonaparte are big fans of CURL and regularly get together to listen to their music over several tots of rum". What else is there to say?