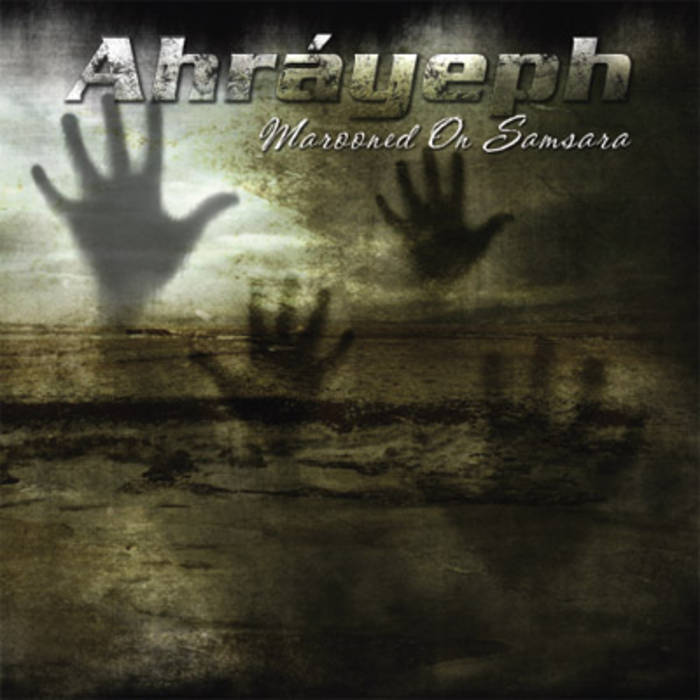 hráyeph is not a new band. Its origins lie way back in the early summer of 1996, in a band called Crucifire. However, due to various factors, Crucifire did not last as a band and was ultimately downsized to a one man project, of which the driving force was Raf, a self taught musician and producer, who used ot be in Belgian Black Metal band Ancient Rites and was responsible for writing the bulk of the songs on their latest album 'Rubicon'.
After finishing the album 'Rvbicon' with Ancient Rites in 2006 and consequently touring with this band for the remainder of the year Raf decided it was time to move on, or rather, to move back to doing Ahráyeph fulltime. However, there was a significant change : Ahráyeph was no longer a one man project. Throughout Autumn 2006, several musicians were interested in Ahráyeph and expressed their wish to join. First to join was Raf's former guitar student and roadie Damien, who wanted to expand his musical horizons beyond his metal band Eject . Along with him came Eject's bass player Alex. Long time friend of Raf, the musically schooled Criss came aboard to man the keyboard and various electronics which Ahráyeph uses live. And so they were set, as they were going to work woth a drum sample player instead of a real drummer, in the fashion of The Sisters Of Mercy's Doktor Avalanche. Or so they thought. Because only a good six weeks into 2007, the one-man-project-now-gone-band received an offer of drummer Steve, who was very enthusiastic about Ahráyeph's music. Being a drum phenomenon, the band knew they couldn't afford to pass up the chance to work with Steve so they ditched the idea of the drum sample player in favour of a live drummer. They never looked back and started rehearsing. This resulted in a well received first concert, opening for UK Goth Rockers NFD in September 2007.
The debut album "Marooned On Samsara" is now ready and is going to be THE gothic-rock sensation of year 2008 !