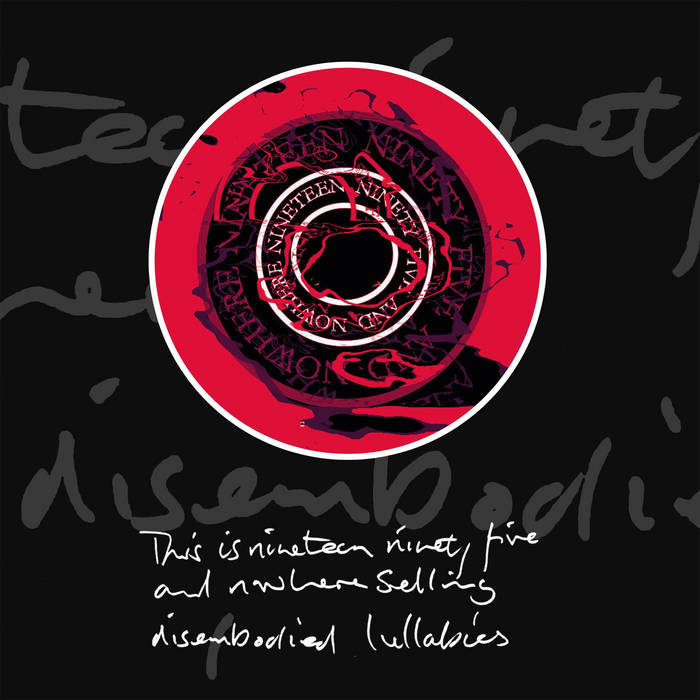 10 years after we released this album (sold out since years on CD format) and due to the non stop popular demand we have decided to re-release the Nineteen Ninety Five And Nowhere project by Mister Gary Marx (founding member/guitarist of the Sisters Of Mercy, Ghost Dance ...), this time on a limited 12" vinyl format with a new artwork. Moreover the 10 songs were totally remastered in Germany at Sonic Studio and it gives a new and incredible perspective to the songs.
Pre-order your copy now before it is too late, don't miss this unique opportunity to get this splendid vinyl in your collection !!

But let's go back to the history of this wonderful album, back in 1995:
Originally written in 1995 by The Sisters of Mercy co-founder Gary Marx at the invitation of Sisters’ supremo Andrew Eldritch. The material was intended to represent the pair’s first collaboration since the landmark Sisters’ album ‘First and Last and Always’ of 1984, but the notoriously wilful singer pulled out of the project without uttering a single word.
The backing tracks went unheard until relatively recently when Marx, convinced of the material’s obvious strength, decided to finish the songs himself, writing lyrics and adding his own distinctive vocals. The response on hearing the results among the Sisters fan-base was immediate and the clamour for the tracks prompted him to make 7 of the songs available via the internet.
Despite continual pressure to make the songs more widely available Marx had refused to be drawn until the approach of the Paris based label. Now with all 10 songs included for the first time the album has been re-mastered and
re-packaged and is due for release on December 1st 2007.
Despite (or perhaps because of ) the twisted path the songs have had to walk these long years, the album works as much more than a mere taste of what might have been – it serves as ample reminder of Marx’s undoubted ability as a writer and guitarist and is essential listening for anyone who has followed his career to date or for newcomers looking for an introduction to his work.

If you like Nineteen Ninety Five And Nowhere by Gary Marx (remastered version), you may also like: